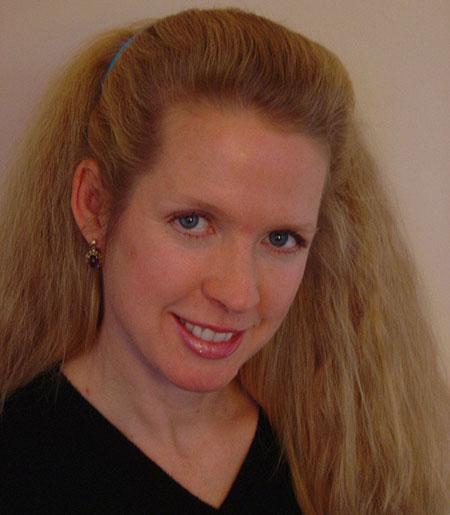 Wendy M. Williams is a Professor in the Department of Psychology at Cornell University, where she studies the development, assessment, training, and societal implications of intelligence and cognitive performance in real-world contexts. She holds Ph.D. and Master's degrees in psychology from Yale University, a Master's in physical anthropology from Yale, and a B.A. in English and biology from Columbia University, awarded cum laude with special distinction. In the fall of 2009, Williams founded (and now directs) the Cornell Institute for Women in Science (CIWS), a National Institutes of Health-funded research and outreach center that studies and promotes the careers of women scientists. She also heads "Thinking Like A Scientist," a national education-outreach program funded by the National Science Foundation, which is designed to encourage traditionally-underrepresented groups (girls, people of color, and people from disadvantaged backgrounds) to pursue science education and careers. In the past, Williams directed the joint Harvard-Yale Practical and Creative Intelligence for School Project, and was Co-Principal Investigator for a six-year, $1.4 million Army Research Institute grant to study practical intelligence and success at leadership.

In addition to dozens of articles and chapters on her research, Williams has authored nine books and edited five volumes. They include The Reluctant Reader (sole authored), How to Develop Student Creativity (with Robert Sternberg), Escaping the Advice Trap (with Stephen Ceci; reviewed in The New York Times, The Washington Post, and USA Today), Practical Intelligence for School (with Howard Gardner, Robert Sternberg, Tina Blythe, Noel White, and Jin Li), Why Aren’t More Women in Science? (with Stephen Ceci; winner of a 2007 Independent Publisher Book Award), and The Mathematics of Sex (with Stephen Ceci). She also wrote regular invited editorials for The Chronicle of Higher Education. Williams's research has been featured in Nature, American Scientist, Newsweek, Business Week, Science, Scientific American, The New York Times, The Washington Post, USA Today, The Philadelphia Inquirer, The Chronicle of Higher Education, and Child Magazine, among other media outlets. She was series editor for The Lawrence Erlbaum Educational Psychology Series and she served on the Editorial Review Boards of the journals Psychological Bulletin, Psychological Science in the Public Interest, Applied Developmental Psychology, and Psychology, Public Policy, and Law, as well as the book publisher Magination Press (American Psychological Association Books).

Williams is a Fellow of the Association for Psychological Science (APS) and four divisions of the American Psychological Association (APA)--general psychology, developmental psychology, educational psychology, and media psychology--and she served two terms as Member-at-Large of the executive committee of the Society for General Psychology (Division 1 of APA). She was also program chair and dissertation award committee chair for Divisions 1 (general psychology), 3 (experimental psychology), and 15 (educational psychology) of APA. In 1995 and 1996 her research won first-place awards from the American Educational Research Association. Williams received the 1996 Early Career Contribution Award from Division 15 (educational psychology) of APA, and the 1997, 1999, and 2002 Mensa Awards for Excellence in Research to a Senior Investigator. In 2001, APA named her the sole recipient of the Robert L. Fantz Award for an Early Career Contribution to Psychology in recognition of her outstanding contributions to research in the decade following receipt of the Ph.D. Williams was also named a 2007-8 G. Stanley Hall Lecturer by APA. In 2014, she won second place in the National Institutes of Health "Great Ideas" Challenge for her research proposal to study race and gender influences on the grant-review process.

I identify, study, assess, and train various aspects of intelligence that lead to success in real-world environments, particularly practical or real-world intelligence. I also study societal implications of intelligence in its many forms. My work spans two domains: basic research (e.g., identifying, modeling, and assessing the components of practical thinking and reasoning) and applied research (e.g., training practical and creative thinking skills). The goal of all my research is to expand conceptions of meaningful human thinking and reasoning to include those types of thinking that result in real-world success, and to apply this knowledge to better understand and solve critical societal problems. My primary current focus is a program of research on cognitive and social-cognitive sex differences, and their implications for women's versus men's academic career choices. In November 2009, I founded—and now direct—the Cornell Institute for Women in Science (CIWS), funded by the National Institutes of Health. CIWS conducts basic and applied research on women in science, focusing on empiricism rather than advocacy to understand and enhance women’s scientific careers.

*I have authored/coauthored nine books, edited/co-edited six volumes, and written over 150 articles, chapters, essays and editorials, all listed on my current vita.