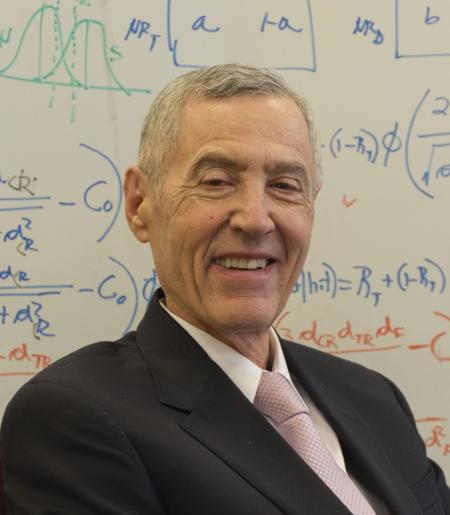 My research and teaching are interwoven so that the two activities reinforce each other and so that, to the greatest extent possible, the latest research findings are integrated into the courses I teach. Throughout my career, my research and teaching have revolved around a single broad theme: the scientific study of human cognition. I have concentrated most extensively on the development of cognitive processes in normal and atypical children, but I have also published considerable research on adult cognition and have taught widely in that area. Thus, my vitae is sprinkled with publications in outlets such as Journal of Experimental Psychology and Journal of Memory and Language, as well as the familiar developmental outlets, such as Child Development, Developmental Psychology, Developmental Review, and Journal of Experimental Child Psychology. In recent years, my research and teaching have also encompassed questions about how cognitive processes are affected by normal aging and by the diseases of late adulthood. This, in turn, has stimulated a research program in cognitive neuroscience.

Across all of these areas, a particular focus has been the relationship between memory processes and higher reasoning abilities. After several years of research and teaching on the memory/reasoning interface, I began to develop, with the collaboration of my colleague V. F. Reyna, a general model of how memory influences reasoning and how reasoning influences memory, which is known as fuzzy-trace theory. Fuzzy-trace theory, which seeks to explain some of the most counterintuitive aspects of memory and reasoning, is now widely used by investigators in fields such as forensic psychology, judgment and decision making, and human memory. The theory has become standard fare in undergraduate and graduate courses and can be found in freshman psychology textbooks.