‘Still a long way to go:’ Looking back on the start of women’s studies at Cornell

As an undergrad, Marylynn Salmon ’74 sometimes found herself bored or distracted in classes, but she was never bored in Professor Mary Beth Norton’s Racism and Sexism in American History class.

“How much more fun it is to discuss Nancy Shippen’s mother-in-law than the Yalta Conference,” Salmon wrote in her diary from that year. “I’m afraid that I’ll never be an intellectual, but rather continue in a romantic strain forever. It’s distressing to me ... I don’t seem to possess that driving force that makes one a successful student (or a successful anything). If all that excites me is a young woman’s mournful diary, then I’m in trouble.” 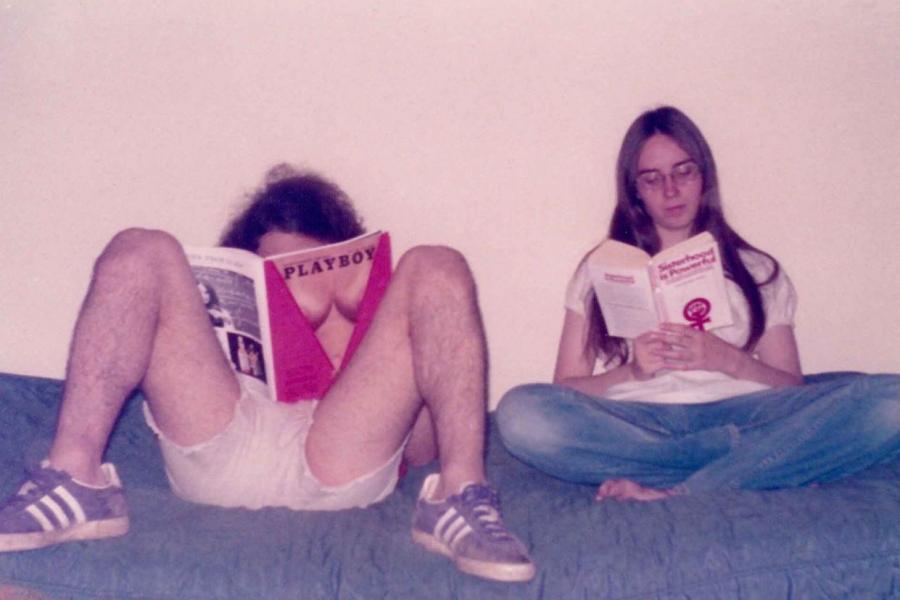 Marylynn Salmon, right, staged this photo as a joke with a male friend in 1972, to highlight their very different reading materials.

Salmon soon discovered she was not in trouble, however. “Instead, I had found my way,” she says. She ended up writing an award-winning senior honors thesis on “The Legal Status of Women in Colonial America,” went on to earn her Ph.D. at Bryn Mawr College and became a women’s historian. Today she’s a research associate in history at Smith College.

Salmon is one of the many students who have thrived in classes they took as part of Cornell’s Women’s Studies Program, now Feminist, Gender & Sexuality Studies (FGSS) in the College of Arts & Sciences.

As the program celebrates its 50th anniversary this year – along with the 30th anniversary of the LGBT studies program – faculty and alumni from the early days of the program are remembering the barriers they hurdled, as well as the support they received, as they sought to establish the program in 1972. There are a series of events planned throughout the year – find more information here.

Many of the founders of the program took part in a panel discussion in 2012 as the program celebrated its 40th anniversary. Past founders and directors Judy Long, Sally McConnell-Ginet, Joan Jacobs Brumberg and Shirley Samuels reflected on the program’s focus on interdisciplinary study.

Despite the specific training required for different disciplines, "the friction and the sparks that are created" within and across disciplinary boundaries "are what generate ideas in feminism," said Samuels during that event. Samuels was director of women's studies from 1996 to 2000 and is a professor of Literatures in English (A&S).

This fall, founders and alumni also gathered for “TRANS-Generational: A Dialogue on the Evolving Meanings of Gender and Sexuality.”

An interdisciplinary focus from the start

The spark for Cornell’s women’s studies program came in 1969, when a feminist conference at Cornell, organized by author and activist Sheila Tobias, drew 2,000 attendees and raised questions about the exclusion of women from traditional academic disciplines. A spring 1970 course, The Evolution of Female Personality, drew 400 students, prompting a graduate student effort to offer workshops and courses. Eventually, faculty – including Norton — decided to create an ad hoc faculty committee focused on women’s studies 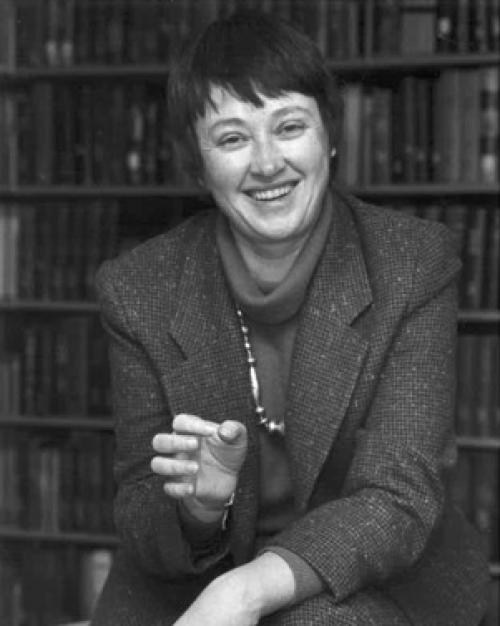 A photo of Mary Beth Norton in the 1990s in conjunction with the publication of her book “Founding Mothers & Fathers.”

“We wanted to set up an academically legitimate program so we went to the Arts college and had them designate our group as the program,” said Norton, now the Mary Donlon Alger Professor Emerita of American History (A&S). “In the beginning, we didn’t have regular faculty with joint appointments, we would just hire people on a one-semester basis to teach courses.”

Soon they found that the courses listed under the program were drawing large crowds and as the years progressed, faculty were appointed to the program and more and more students found the courses complemented their other studies. 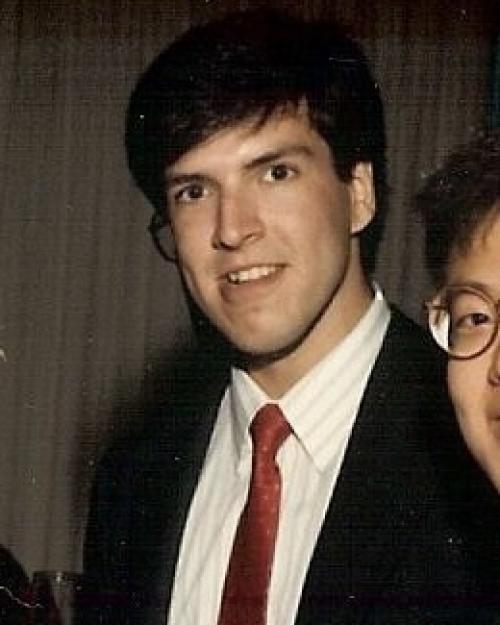 Daniel Alonso ’87 fell into taking women’s studies classes because of his psychology major and his interest in the work of Sandra Bem, an A&S psychology professor whose research focused on gender and gender roles. Bem, who was also director of the women’s studies program during her time at Cornell, passed away in 2014.

“I had been looking for something that was more interdisciplinary,” said Alonso, who ended up being the first male student at Cornell with a concentration in women’s studies. “It was a re-orienting perspective for me. Liberal studies had egalitarianism as a theme and in the classes I took, we learned of the outrageous ways women had been treated throughout history.”

Alonso remembers reading “Herland,” a novel that has stayed with him, in Norton’s Women’s History class. The book depicts a society in which women have evolved so that they don’t need men to reproduce. “It was pretty eye opening and drove home the egalitarian theme.”

Though Alonso said he did get some “gentle ribbing” from friends when he mentioned his concentration, he also felt supported by others. 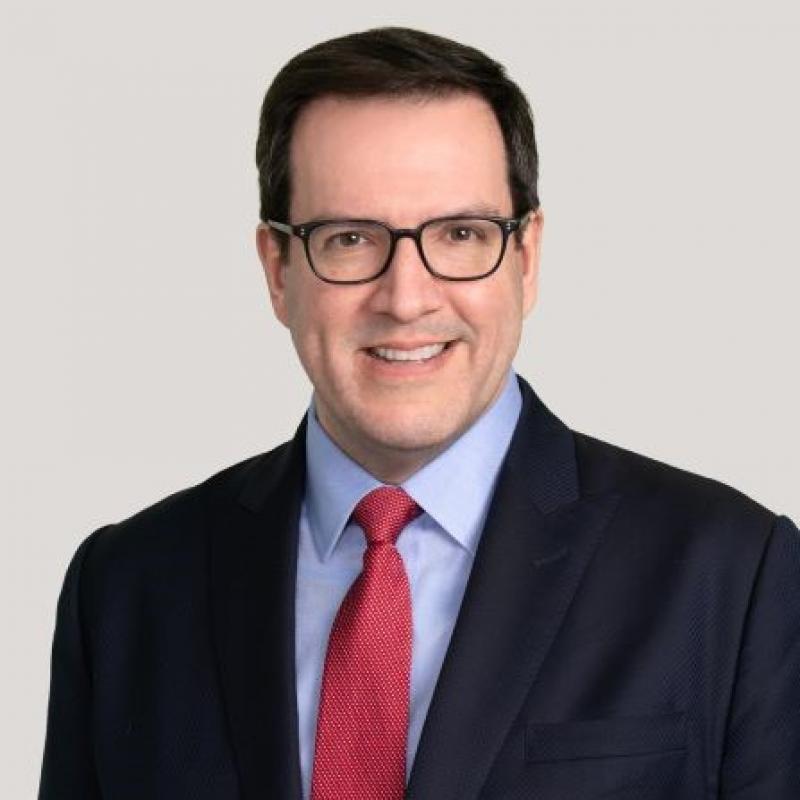 Alonso went on to law school at New York University and is now a partner at Buckley LLP, a legal analyst at NBC News/MSNBC and a frequent contributor and source in media outlets ranging from CNN and Univision to the New York Times and Financial Times. He will also be teaching a class at Cornell Law School next semester, Transnational Corruption and the Law.

“I think a lot of what I studied has become quite mainstream today,” he said.

A supportive environment for 'passionate disagreements'

Celia Naylor ’88, also ended up concentrating in women’s studies after seeking out courses that focused on women’s experiences. 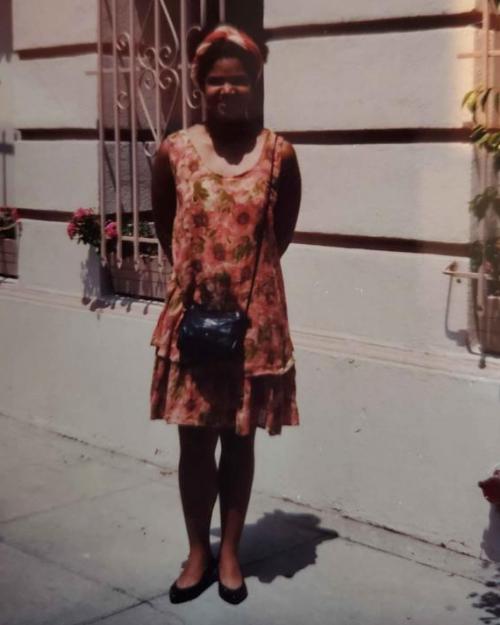 Naylor shortly after her graduation from Cornell in 1988, before heading to UCLA.

“I just knew I wanted to explore more about women’s experiences, especially the lived experiences of Black women in the African diaspora,” said Naylor, who took classes with both Norton and Martin. She is now a professor of Africana studies and history and co-chair of the Africana Studies Department at Barnard College, as well as an affiliated faculty member of Barnard’s Women’s Gender and Sexuality Studies program.

Martin’s class helped Naylor feel more comfortable exploring discussions about theories, praxis, activism and resistance. “I still remember the tenor of the piercing comments, passionate disagreements and controversial subjects in that class that abided in a supportive, loving class environment,” she said. Along with Norton and Martin, Naylor said she was privileged to take classes with Hortense Spillers and Henry Louis Gates, Jr. 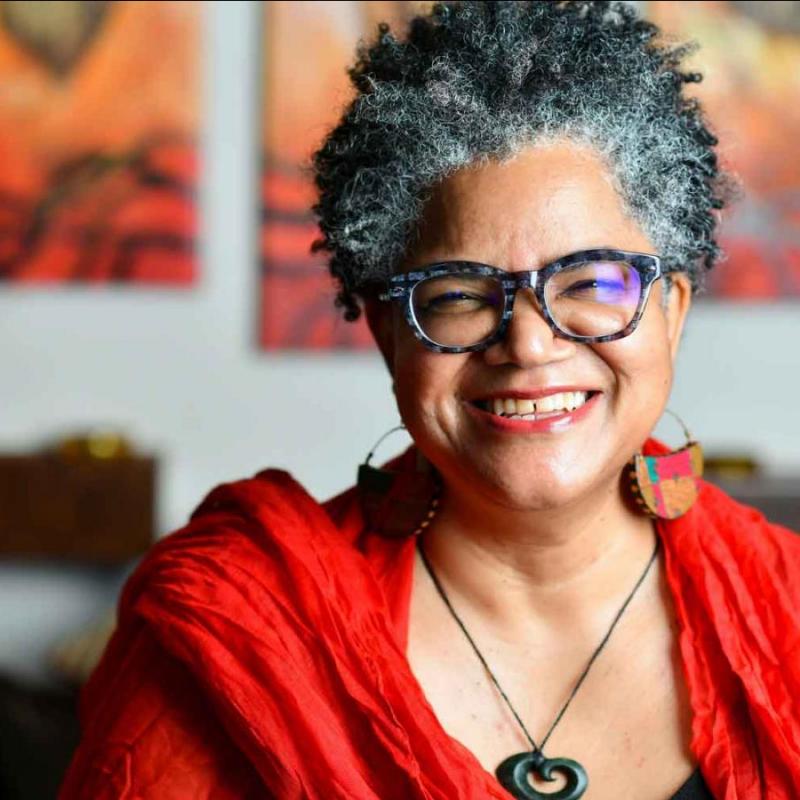 As an Africana studies major, Naylor said not all of her friends appreciated her focus on women’s studies, especially when they thought the challenges of racism were much more pressing. “It was complicated to navigate the different academic, personal, and activist spaces of my life at Cornell, and I learned even more about myself in the process,” Naylor said.

For Carrie Nielson ’86, her experience in Norton’s Gender Roles in American History led her to do independent study work with Norton focused on women in the military. As a Navy ROTC student heading to a military career, Nielson said that work was close to her heart. 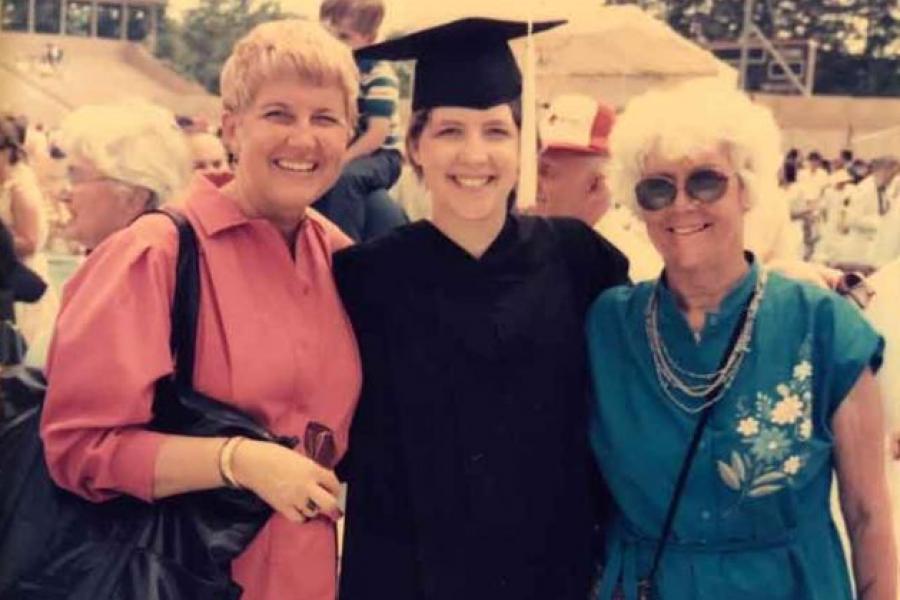 Carrie Nielson with her mother and grandmother at her Cornell graduation.

“I remember being astounded by all the things I learned about historical female figures and the roles women have played throughout history that I had not previously learned about in school,” said Nielson, who went on to have a 30-year career in the Navy.

Filling a need in the nick of time

Alumni say women’s studies classes filled a void in the curriculum and made a difference for their future career pathways. 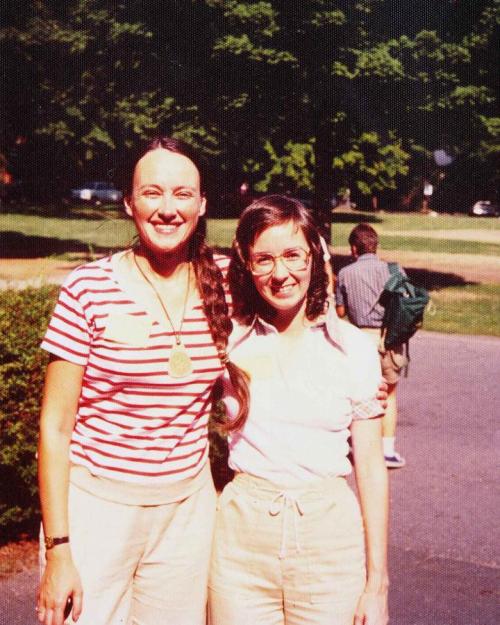 Marylynn Salmon and Mary Beth Norton reunited at the Berkshire Conference of Women Historians in 1978.

“For me, it came just in the nick of time, and I’m sure the same was true for many other young women at Cornell in the mid-1970s,” said Salmon, who is most recently the author of “Evidence for the Presence of Treponemal Disease, Including Syphilis, in Late Medieval Europe,” forthcoming in The Medieval Globe, winter 2021.

During the early days of the program, Norton said faculty thought it would exist for just a short time, until women’s perspectives came to be included as a regular part of other disciplines. That hasn’t turned out to be the case, and today, research rooted in FGSS-related studies continues to inform the understanding of gender relationships across the disciplines.

“Scholarship has changed dramatically since the 1970s,” she said. “In 1996, I published a book that dealt with masculinity as well as femininity ('Founding Mothers & Fathers'). That would never occurred to me in the 1970s.”

As panelists and alumni look ahead, they agree that feminist studies is a proper lens to look through in addressing some of the world’s biggest challenges, including racism, climate change and threats to our democratic principles. “All of these things have to be thought through in relation to one another because they’re all linked,” Norton said. 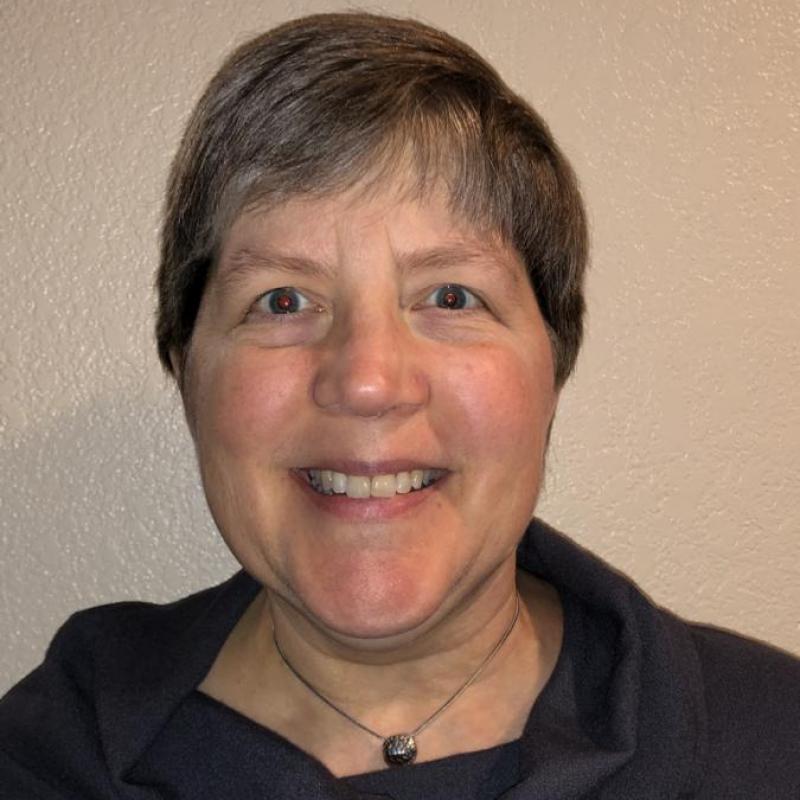 “I would really like to say we have come a long way, and we have, but we also still have a really long way to go,” Nielson said.

To find out more about the events planned to celebrate the 50th anniversary of the program, visit the Feminist, Gender and Sexuality Studies website.

Students reflect on Marsalis visit: ‘He really touched my soul’